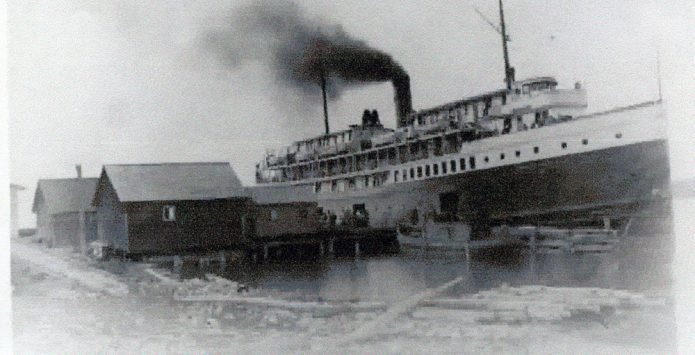 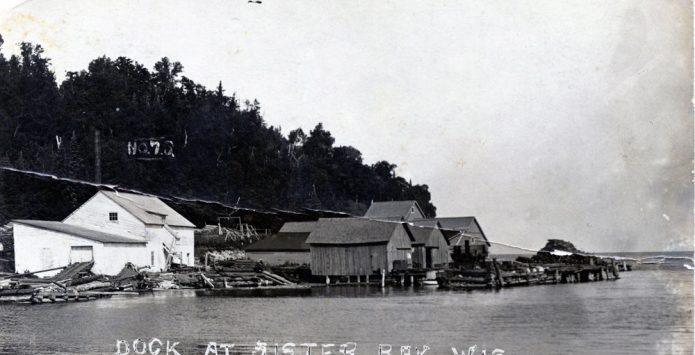 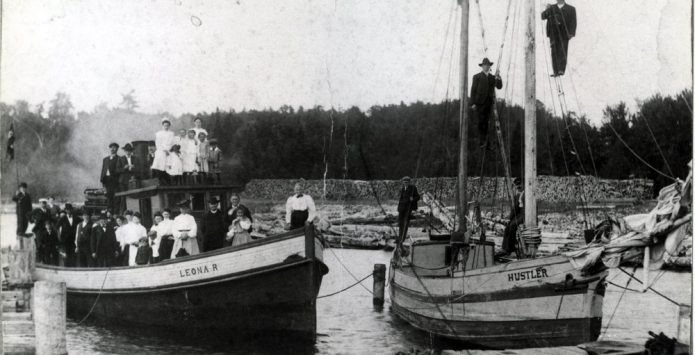 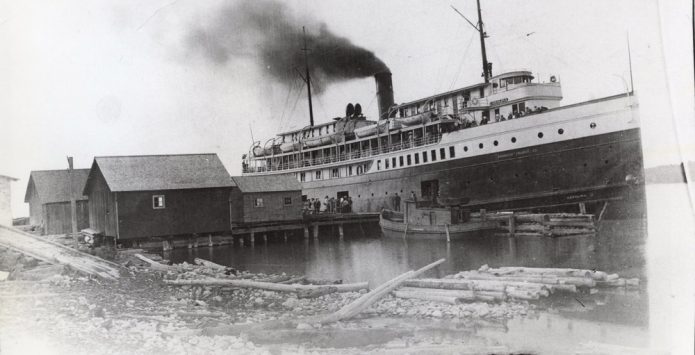 The history of Sister Bay has been a growing one since the first settlers immigrated here in 1857. At that time the village of Sister Bay was part of the Township of Liberty Grove, which was founded in 1859. As the northern part of the county grew, other settlements rose and fell. Sister Bay continued to progress to its present status of an incorporated village with 1960 census citing a population of 520.

Sister Bay, as it has always been known, although called Big Sister Bay at one time, was named in connection with the Sister Islands that flank the harbor opening to Sister Bay. It has come a long way since those first settlers of Ingebrett Torgerson and the Dimond brothers, Thomas and Pat. In April of 1912 the citizens petitioned for a right to become an incorporated village. Fees of $14.00 were paid by Henry Graass.

Various reasons concerning the probability of the incorporation have arisen. In the early 1900’s the town of Liberty Grove had voted by local option to be dry. Taxes were increasing in the town as roads were being furthered and developed continually, however little consideration was given to the roads in the immediate area of the village. These evidently had quite an influence on the persons in the village wanting to become incorporated. A movement was instigated by Matt Roeser after his conference with Graass on securing funds for road improvements and he was informed that if they became incorporated they could handle their own funds and take care of their needed improvements.

Other towns along the lake front had sprung up and had fallen, the vessels had begun using the canal at Sturgeon Bay enabling a shorter and quicker route across the water and the need for log refueling was on the Bay side. Sister Bay harbor provided one of the largest and deepest options. It also maintained the docks on both sides of the harbor and the wood supply was plentiful. Sunday excursions back and forth to Marinette and Menominee were up and coming.

1912 was also a tragic year. It brought the drought, which caused crop failures for the farmers, cattle and livestock losses, the hail storm was in 1912 and many chickens and turkeys on the Ed Koessl Sr. farm were racing for the barn and to this day have not been found. Then too, the grasshoppers seemed to appear out of nowhere and after destroying everything in sight, disappeared again. The fire in the village took place in 1912 and destroyed six buildings. The accounting of it follows.

“The village was practically destroyed by fire about midnight. Four store buildings, a large hotel and residence being wiped out. (The buildings were the Lerner store, on the property now housing the Leonard Swenson service station [Henderson Park – where the military memorial is]; Frank Bunda store, the corner which Husby’s Food & Spirits now occupy; the Klondike, an empty saloon, owned by Frank Smith located about where the Hagedorn Studio is now [currently Drink Coffee building]; the hotel owned by Henry Pleck, located on the corner where the Sister Bay Bowl is; Wenzel Bunda store, the site now occupied by the Bunda department store [On Deck Clothing Co.]; and the residence owned by Andrew Roeser which was occupied by the Lerner family, located where the men’s department of Bunda’s is now housed [On Deck Clothing Co.].)

The fire was discovered about 11:30 in the store occupied by Louis Lerner. The alarm was immediately spread. A terrific gale was blowing from the north and the flames spread rapidly. When the village people had arrived in sufficient number to form a bucket brigade, the entire building had become enveloped in flames and the empty building of Frank Smith’s had become ignited from the heat.

The store building to the south, owned and occupied by Frank Bunda, was next to catch fire in spite of the efforts of those assembled to stay the progress of the flames, and was soon a seething mass of fire. The frame buildings being like paper when fanned by the gale that was blowing. The intense heat from the three buildings that were now burning caused the porch of the Henry Fleck hotel to catch at this time, and the heat was so great on the side exposed that nothing could be done to save the large and magnificent building. It was soon a mass of flames from top to bottom, threatening the property to the southwest. The large icehouse in the rear of the hotel followed, but the barn and stable were far enough distance from the hotel to escape.

When the hotel had got a good start, the general store of Mrs. Wenzel Bunda, across from the Frank Bunda corner, caught so rapidly that no time was had to remove a thing from the place except the mail and valuables in the post office, which was also housed in this building. From here the fire spread to the residence owned by Andrew Roeser and occupied by Louis Lerner. This followed the fate of the others, none of the contents being saved. The residence of Casper Nys which was directly across was only saved by the desperate work of those gathered at the scene, many of whom were tourists who had been attracted by the illumination of the surrounding country. The fact that a large tree stands in front of this place also helped to save it as much of the burning embers were stopped by its branches. The implement warehouse of the J. C. Dana Co. was saved because of its being covered with iron. The roof and porch caught fire in several places but were easily extinguished. The store of J. A. Pahl, adjoining the Mrs. W. Bunda place on the west was heated to burning point and only saved because plenty of water was applied. This building was also covered with iron.

The family of Casper Nys was driven out of their home as they expected every minute to see it go with the rest of the places. The Henry Starr family also removed much of their furniture from the residence in anticipation of being burned out. Not a solitary thing was saved from any of the places burned, everyone being so intent on saving their own property or stopping the fire, that no thought was given to removing contents of the stores. All the books in the Frank Bunda store were destroyed. Mr. Bunda saved some books but in the excitement of the moment, got hold of some worthless papers instead of those in which the accounts were kept. During the height of the fire a large gasoline tank exploded and a volume of smoke and flame shot out that was terrifying. The hotel of Henry Pleck was vacant except for Emil Becker who was in charge of looking after the place. The fire practically wiped out the business part of the village, which is now without a general store or hotel.

Mrs. Wenzel Bunda will make an effort to rebuild and Louis Lerner states that if he can get a place in which to do business he will continue, being in such a position that he is obliged to keep things going, as he has many accounts in the vicinity. All the telephone lines were burned down and communication with the outside world was cut off. The company had men on the ground early the following day and the line was in working order by Friday afternoon. Hundreds of people visited the scene of the conflagration the day following, coming from all parts of the county. Summer tourists stopping at Fish Creek and Ephraim were numerous and many took Kodak pictures of the ruins which were smoldering all the day after.

The early settlers families are very memorable today, as some of their descendants are in the third and fourth generation of inhabitants in the area. Among the Ericksons, Andersons, Kellstroms and Roesers, the Roeser name is probably the most remembered one. This story about the Roeser family was done by Mrs. James Champeau. The former Joan Veith, great granddaughter of the Andre Roesers.

For more information on the History of Sister Bay, visit the Old Anderson House Museum and Corner of the Past (at the intersection of Country Lane and Fieldcrest Road on Highway 57, about 1.5 miles south of downtown Sister Bay). Or contact the Sister Bay Historical Society: 920-854-7680 or visit www.sisterbayhistory.org.

The Launch Ramp is closed for the season! Reopening in May 2023